– by Maarten Erich, Science Coordinator of By The Ocean We Unite & Anna Gudarowska, Windseeker 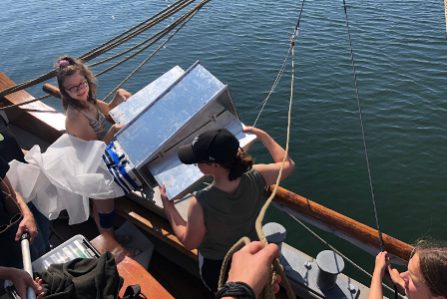 In 2019 Windseeker teamed up with By the Ocean we Unite (now: The Ocean Movement) for the first time. In the summer 148 Windseekers took part in the first Sustainable Sailing journeys (now: Clean Circle Navigators) on four Tall Ships. The young trainees have joined the Morgenster in Norway, Vega Gamleby in Sweden, Gulden Leeuw in Netherlands and UK, and Wylde Swan in Denmark.

The participants divided their time between Sail Training, cultural learning and research into microplastics in the seas. Here you can find the results of that last one.

The researchers from By The Ocean We Unite (BTOWU) were present on board all of the journeys, leading an in-depth program with focus on plastic pollution and a sustainable future. Using their citizen science project, they’ve engaged the trainees by revealing the severity of the problem of plastic pollution and giving insight how scientific research is conducted. Additionally, BTOWU organised workshops and lectures to show the effects of plastic pollution, but also showed a perspective-providing tools to act and work towards a world where no plastic ends up in nature. 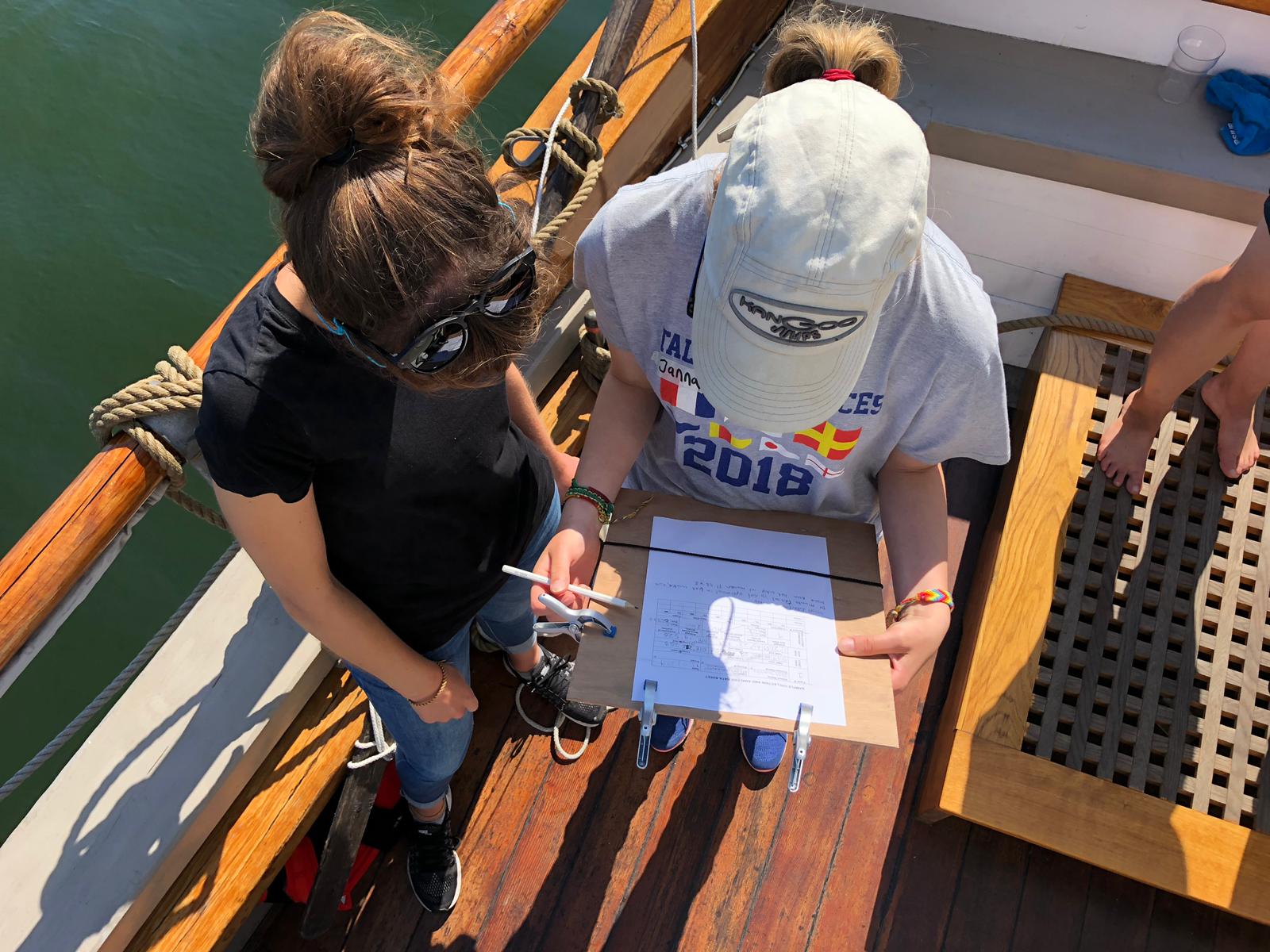 Recording all the necessary data

The citizen science research protocol is designed to conduct sampling and analyses on board. Collecting samples took place using a research device trawled behind the ship through the surface of the water (manta trawl). The process necessitated teamwork since a large variety of tasks needed to be fulfilled. Additionally, good communication was key because actions had to be executed simultaneously such as lowering the net in the water, releasing the flow-meter which records water displacement, and recording all the necessary information on the data sheet to secure an accurate measurement.

One sample is just a snapshot in time of the distribution of plastics in the surface water. Collecting more samples could give a better idea of how plastics are distributed, moving, and acting in the water. However, (almost) every sample contained plastic and that is what should be worrying.

Sample of microplastics we’ve found in the Baltic Sea

During the voyage on the schooner Vega Gamleby on the Swedish coast of the Baltic Sea the trainees collected nine samples. The highest sample contained 37,741 pieces of plastic/km2 and the lowest sample contained 9,154/km2. On average the amount of plastic found was 16,166/km2. There was some variation within the samples but overall the amount of plastic in all samples was relatively high.

Plastic research was led by experts from By Ocean we Unite

Journeys were supported by the European Union

During the voyages of  Wylde Swan around Denmark the trainees collected only three samples due to the weather circumstances which made it impossible to do more. The highest sample contained 14,242 pieces of plastic/km2 and the lowest sample contained 0/km2. On average the amount of plastic found was 7,125/km2.