– by Maarten Erich, Science Coordinator of The Ocean Movement

A report from the plastic research on board

In July 2021, The Ocean Movement foundation (TOM; formerly known as By the Ocean We Unite) realized an in-depth program on board of the Tall Ship Thalassa during the Erasmus+ co-funded Windseeker project ‘Bon Voyage, Plastic!”.

The project focused on plastic pollution and motivating the participants (young people aged 15-25 from Belgium, France and the Netherlands) to critically think about their impact on the environment. A big part of the program was the citizen science research on plastics in the surface water. TOM use it to engage the participants by revealing the severity of the problem of plastic pollution and provide insight into how scientific research is conducted. 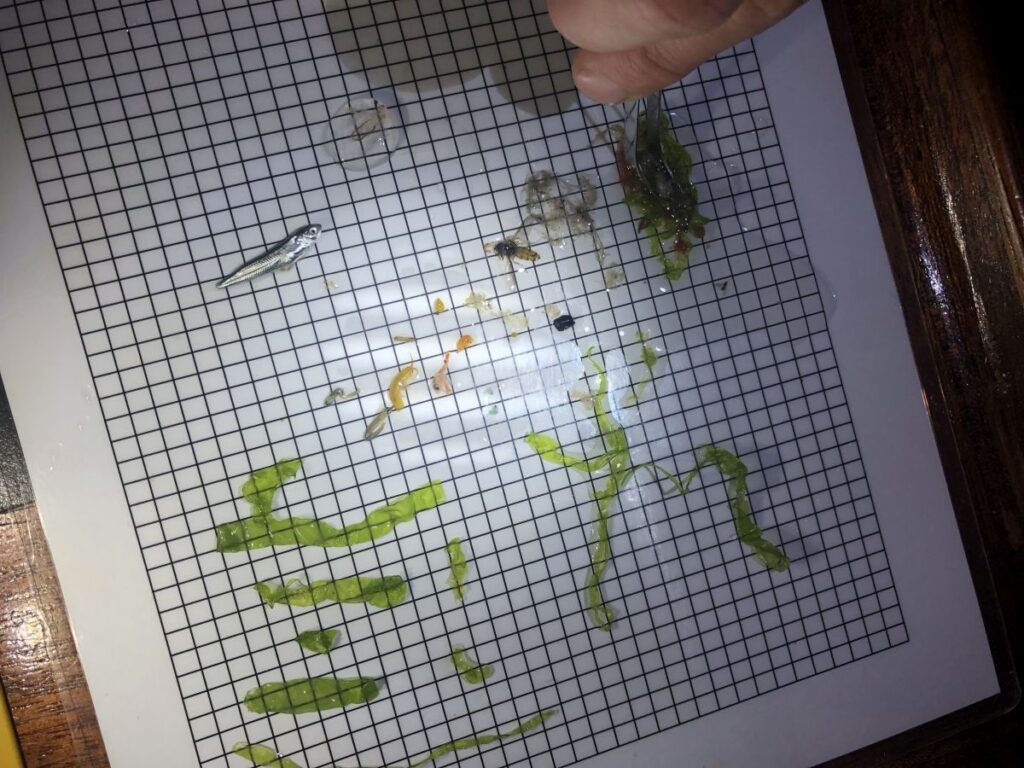 Analysing the contents of the Manta Trawl

Additionally, TOM gave a set of workshops and lectures to show the effects of plastic pollution and provide a set of tools to act towards a world where no plastic ends up in nature.

The citizen science research protocol was designed to execute the sampling and analyses of plastics from the surface water on board a sailing vessel. The sampling took place with a research device, the Manta Trawl, trawled behind the ship. This happened under the supervision of the crew of the ship and member of TOM, in order to secure the safety and quality of the research.

Because of the variety of tasks that had to be fulfilled, the research demanded great teamwork from all participants. Additionally, good communication was key because some actions needed to be executed simultaneously, for example: lowering the net in the water, releasing the flow-meter which records water displacement, and recording all the necessary information on the data sheet to secure an accurate measurement. The samples were analysed together by the participants and research coordinator.

One sample, however, is just a snapshot in time of the distribution of plastics in the surface water. Collecting more samples can give a better idea of how plastics are distributed, moving, and acting in the water. Still, the basic insight that we find plastics even with such a small net, should already be worrying. 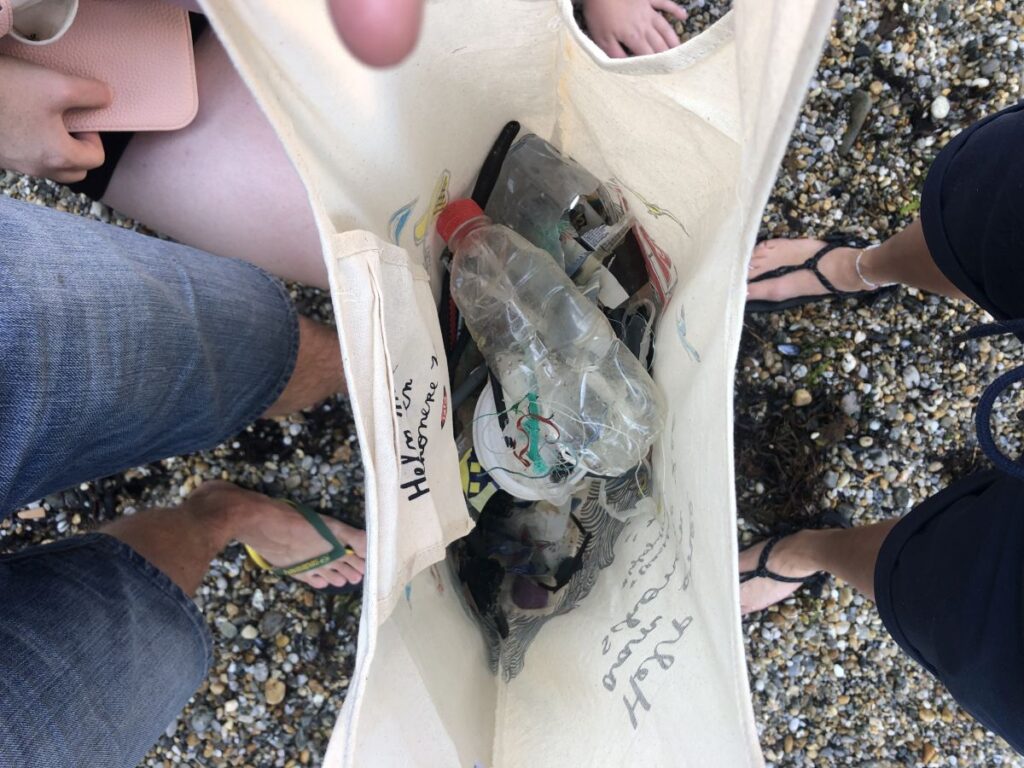 Not all samples contained plastics. It could be that there were no plastics present in this area, but other factors could also have an influence. For example, high concentrations of organic matter make the analysis by eye difficult; furthermore, when the water has high turbulence, it can cause the plastics to move into the deeper layers of the water. In the sample taken on 19-07-2021 in the bay of Ouessant we did not find any plastics, but the beaches of the bay were filled with it, which makes it pretty clear that plastics were for sure present in this place, but we did not catch them in the net. Of course, we didn’t just leave the bay like this – it was one of the places where we did a beach clean-up, leaving it a little bit cleaner than we’ve found it.

The sampling also provided the opportunity to go into more detail on the different aspects of the problem. We discussed the source of plastic pollution in the seas, and what each of us can do about it.

The trainees were very engaged and aware of the problem. However, new insight through the workshops and lectures motivated them to think critically about their own behaviours and their impact on the environment. TOM believes that we have more influence on our environment, and can drive a ripple effect of change.

Our Journey was supported by the Erasmus+ Programme