A busy and productive day at sea

– by Trainees Charlotte and Pernille 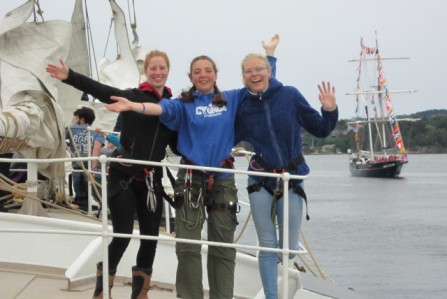 We were lucky as a watch this morning and didn’t go on sail watch until 8 a.m. Some people had to get up to make breakfast but the rest of us enjoyed our lie-in and were bright-eyed and eager. The previous watch had set a good course for us, so our primary goal was to hold our position. It became particularly exciting when the Race Officials sent out a call saying that the race would end at 14:00 today instead of 19:00 tomorrow. Suddenly we had to do our best sailing, as every minute counted. Consequently, Peter introduced us to the “Handy Billy”. It was a fab piece of kit that we could attach to any halyard and pull on to tighten it. We all got very excited when we managed to increase our speed by 0.9 knots! There was constant speed watching for the entire time we were on watch.

We also used some of our watch time to plan the Crew Parade in Aalborg. We have decided to make a real show, so we were discussing plans and tactics. This meant that we’ve spent the afternoon building a boat using cardboard, electrical tape, bin bags and string. Peter (the bosun) got really excited by the idea and lent us the materials to build a working mast – it will be a challenge, but we have plenty of time and with some teamwork I am sure that we will get there.

The sun shone this afternoon, which improved everybody’s mood. There was great elation when we finished the race and I enjoyed singing “Oh when the saints” with Peter Lock on the aft deck as the time was called. We also saluted the Sorlandet who we have been chasing all day. It was fun to have a constant goal to aim for and it was a fair defeat.

We can all smell the Norwegian dinner now (potato wedges and meat patties). Everyone is starving after a busy and productive day at sea. 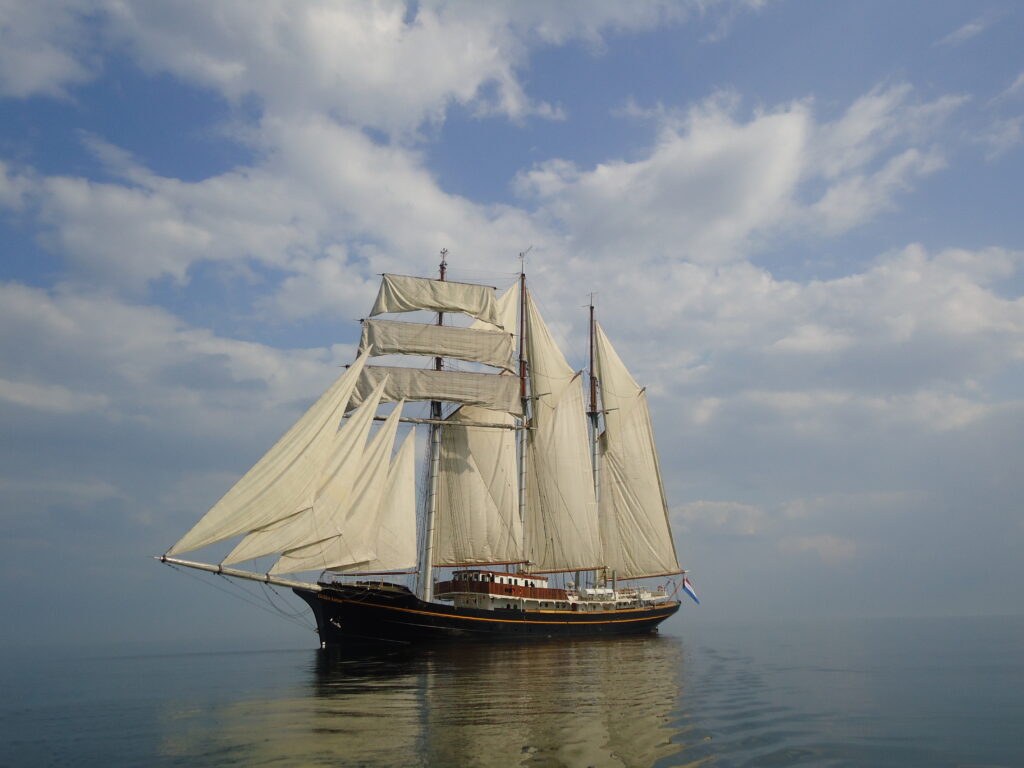 Today the race ended at 2 o’clock, when we had watch. It was very exciting to have sail watch at the end of the race! Everybody, even people who did not have a watch, helped with setting the sails just right, so we could get some speed in the end. We were chasing Sorlandet, who was right in front of us, so everybody was working hard to catch up with them.

When the race ended, everyone was on deck in the wonderful weather (watch 2 has called themselves “the rain watch” but I have not yet been on a watch where it rained, lovely) and celebrated. Everyone worked very hard, so the celebration was needed. After the race was done, we still had watch for two hours. It was very relaxing and the mood was great. It is such a shame that the race had to end early, but I really enjoy being on the ship when we are just cruising. There is hardly any stress and everybody is so happy.

Tonight we are going to Skagen and we’ll be there overnight, which means that I’m “coming home” to Denmark. However, that also means that the Tall Ships Races are over soon, which is very sad, because I really enjoy being on the Gulden Leeuw. The Norwegians have made dinner and it smells really good! I am looking forward to being in Aalborg, but I will miss sailing with all the trainees and crew members.