The Best Two Weeks of my Life! 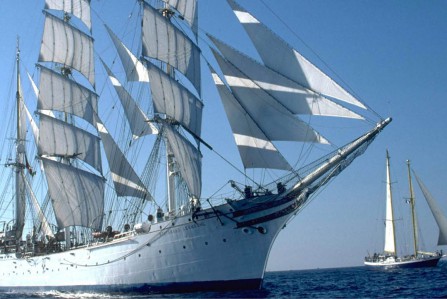 The moment right before I began my sailing adventure I had a lot of fears and doubts. I have saved money for so long and I have worked really hard for it. What if I did not like the meals? If my English wasn’t good enough? If the people I met on board were boring or not nice…?

But since the first second on board all those doubts and fears disappeared! The reception by the crew was very warm. During the tour and the explanation of the sails and the life on board I realized that my English was not that bad. So that would not be a huge problem. Then we got our first meal. This was very delicious so this fear also disappeared. A few minutes later we departed.  That was such an amazing moment! All those people on shore who were screaming and shouting and clapping! It was really amazing!! From now on, the only thing I’ve done is having fun and before I realized we have already arrived in Lisbon. We started realizing that the end was near…

While I was writing this I thought back at all the beautiful things we did. The amazing sunsets and sunrises. The dolphins and the sharks we had seen swimming so close to the ship. The BBQ on board, jumping into the ocean from the 8 meters high platform to swim in the ice-cold ocean water.  Climbing in the rigging and even climbing to the second highest yard. Even though I was scared, that amazing view was one of the most beautiful things I’ve ever seen.

This whole trip was so amazing but the people I met during this voyage make it even better! These were the best two weeks of my life!!