Erasmus+ funded International Exchange: Looking for Sustainable Horizons. For young people aged 18-28 from: The Netherlands, Denmark, Belgium, France, UK, Italy. Get together with your fellow trainees and mentors in The Hague/Scheveningen for a special program. Once you step on board the crew will teach you everything you need to know about sailing the ship while the mentors will organise a cultural and educational program with a focus on sustainability issues such as plastic-pollution. Set sail to the UK to visit London and come back across the North Sea. Last days in Amsterdam will be spend in a hostel. We will explore Amsterdam whilst ‘fishing’ for plastic with Plastic Whale, visit a company with an excellent zero-waste policy and learn how to spread this mission. There will be free time to visit the city with the other trainees. Additional fees may apply due to the necessity of becoming a member of partner organisation of your country (up to EUR 30). 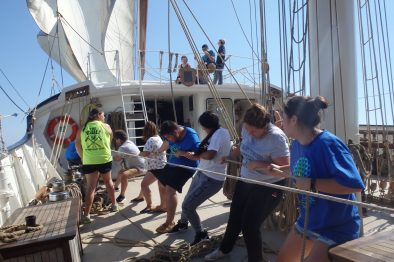 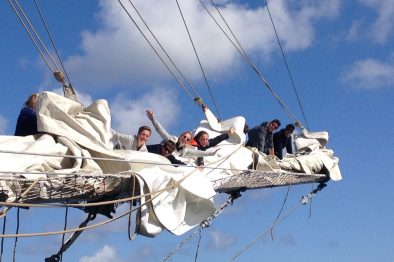 Set the sails, steer the vessel, stand on lookout; prepare national dinner, play games, learn about customs of your peers; make friends from different countries and take part in an unforgettable adventure! Join an Erasmus+ International Youth Exchange. Step on board of a beautiful Tall Ship Gulden Leeuw. Sail from Netherlands to England and back, and explore the North Sea. Earn a Youth Pass - the official EU certificate of skills and competences.

These unique sailing journeys are a perfect mix of Sail Training and cultural programs. You will sail the Ship with other participants of similar age from several different countries. While the captain and his crew will teach you how to sail a Tall Ship, the mentors will make sure that everyone feels good on board and has fun participating in various activities, which will be focused around our theme of sustainability and plastic-pollution. 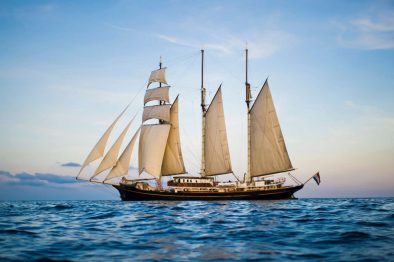 The cultural and educational program has been prepared with great care by experienced people. You will join your peers in games and challenges; talk about your own country and discuss important issues. You will also discover 3 wonderful cities: The Hague, London and Amsterdam, from a completely new perspective! Here we will put our theme into action and organize a beach clean-up together with a local organization, visit a start-up with exciting ideas and fish for plastic in the beautiful canals!

The Ship doesn’t stop when the night comes so you will be working day and night to reach your destination! You will be divided into watches and work in shifts of 4 hours on, 8 hours off. That means two watches per day: one in daytime and one in the night. Don’t worry, your sleep pattern will soon adjust. You will stand lookout, navigate, man the helm, cook and clean – and you do it all as a team. By the time you reach the destination port you will be like a family.

With more bicycles than people, cycling is an integral part of Amsterdam's DNA. Hop on and see the city like the locals do! Winding waterways, idyllic bridges and historic buildings - one of the most memorable ways to truly see Amsterdam is from the canals. Amsterdam has a full cultural agenda showcasing the very best festivals, nightlife, exhibitions & events, plus there is enough practical tourist info, hotel, museum, excursion & attraction listings, you won't miss a thing!

Potential reimbursement of your travel cost to- and from the ship might be possible, depending on the additional funding from Erasmus+ Program. This will be determined in January/February 2019. Maximum transfer costs will be between 180 EUR-275 EUR (depending on the country of origin and travel distance). Note: any compensation will occur after your trip and can take a substantial amount of time due to administrative processes.

Windseekers from Belgium, France, the Netherlands and Sweden need to become members of their countries' Sail Training Associations for a small fee (usually up to EUR 30).

Join the Dinghy Programme to get help with the funding: windseeker.org/dinghy 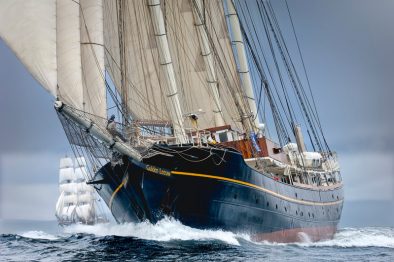 You sail on the Gulden Leeuw

The Gulden Leeuw is a three-masted topsail schooner, which means that you can climb the 40-metre mast to unpack the square sails. That’s approximately 12 stories high! But do not worry, you can start with the lowest yard. With 1500 …