In September the Bark Europa start their special voyage commemorating the 400th year anniversary of the discovery of Cape Horn. And what better place to start this trip than the old Dutch city of Hoorn, birth town and sponsor of Cornelis Schouten, the discoverer of the Cape horn on 29th January 1616. Traditional vessels will bring the Bark Europa to the Texelse Reede, where from the 15th to the 19th century ships were awaiting the right weather conditions to start their voyage on the traditional trade routes. Bark EUROPA awaits us for an adventure exploring the oceans, via Lisbon, Tenerife, Cabo Verde, Salvador and Cape Horn to Punta Arenas. When possible we will make a a full Cape Horn rounding in the best maritime tradition, under sail only sails. You can combine the first 3 voyages of the 400th year anniversary to the south join Open to all ages, minimum age 15 years.

Hoorn is a municipality in the Netherlands, located on the IJsselmeer. The city was established in the eighth century and later developed into a major trading center. Hoorn still has a lovely old inner city with many well-preserved historical houses and buildings that harken back to its prosperous history. Several small museums are worth a visit. You can explore the flat surrounding countryside dotted with small villages by bicycle, or easily reach Amsterdam from here by public transportation.

Salvador da Bahia in Brazil used to be the colonial capital, and is one of the oldest cities in the Americas. Today it is a lively place with 3.5 million inhabitants, and noted for its cuisine, music, and architecture. Around Salvador you can go swimming, sailing, diving, surfing, and underwater fishing in the bays and inlets. But don’t forget to visit both the High City and the Low City, as they offer shopping, parks, and entertainment for locals and seafaring visitors alike. 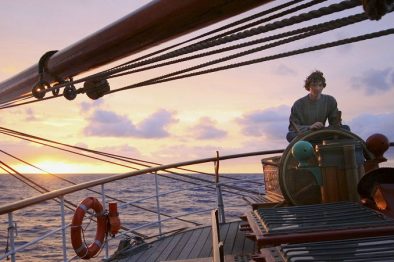