Klaipéda is a city in Lithuania on the Baltic Sea coast. The city has long maritime traditions – it even hosts its own Sea Festival in July! – and its architecture bears influences from several different cultures (French, German, Swedish). Take a walk down the Friedricho pasažas, visit the reconstructed Meridianas ship, find the quirky Golden Mouse sculpture and visit the Clock Museum.

Gdansk is a Polish city on the Baltic Sea coast and the country’s primary sea-port – nowadays and historically. The city dates to the earliest history of Poland, back in the 10th century. Nowadays it’s a modern city, with a beautifully preserved Old Town – just take a stroll and enjoy. The maritime atmosphere can be felt through the city, with the Neptune fountain and the port crane from the Middle Ages as famous landmarks. And don’t forge the National Maritime Museum! 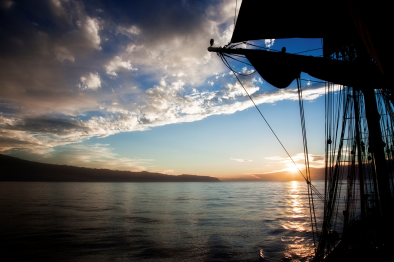 You sail on the Eye of the Wind

Eye of the Wind

More than 100 years ago a sailing legend came to life: in 1911, the German Lühring shipyard built a gaff schooner named Friedrich. In 1955 she ran aground in a heavy strom off the Swedish west coast. The wreck was …