Homebound. Crossing the Atlantic under sails in on many people’s bucket list – and you can do it on a Tall Ship! No matter whether you are able-bodied or physically disabled, there are plenty of tasks for you on board the Lord Nelson. Hoist the sails, be on lookout, navigate and steer the vessel – with teamwork you will bring her home to Southampton.  Open for able-bodied and disabled trainees. Minimum age 16 years. More info: info@windseeker.org  The final price may be subject to small changes due to currency exchange rates.

Southampton, on the shores of the Solent, is the largest port of England. The bustling town offers plenty of distractions, and is known (sometimes reviled) for its brutalist architecture. However, the city hosts a number of fine museums, the Tudor House, and long stretches of medieval walls. Also, the beautiful English countryside is just a short drive away. The yearly Southampton boat show in september should be on any Windseeker's calendar. And don't forget to visit the Isle of Wight! 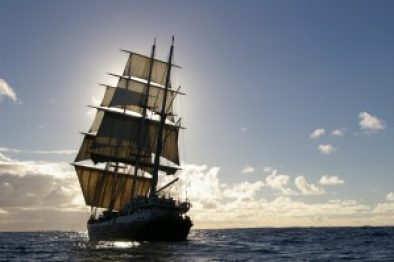 You sail on the Lord Nelson

Unique in its kind. The Lord Nelson is a pioneer in the sailing community. The Lord Nelson and the Tenacious are the only two tall ships in the world designed and built to enable people of all physical disabilities to …