Join the Oosterschelde for a Windseeker journey! This voyage will bring you to Vannes, a small town at the Gulf of Morbihan. The Gulf is a shallow bay filled with small islands, halfway the French coast. The Oosterschelde will be the the flagship of the maritime event ‘La Semaine du Golfe’. Leaving Rotterdam and sailing through the Strait of Dover, the vessel will reach the English Channel. The vessel will make a stop on Alderney – one of the Channel Islands – or in the French harbour of Cherbourg. After this the vessel will continue west Ile d’Ouessant marks the end of the English Channel and anchor at Bell Ile. In Vannes there will time to take a look around als all the boats and ships that have gathered for the festival. Open to all ages, minimum age 15 years.

This voyage will bring you to Vannes. This little city lies at the Gulf of Morbihan, a shallow bay filled with small islands ‘halfway’ through the French west coast.

Rotterdam is the largest port of Europe, and a modern, bustling town. Much of the historic city centre was destroyed during World War II, but extensive rebuilding resulted in a modern, multicultural city with many architectural highlights. Rotterdam has excellent cultural facilities and a diverse nightlife, and during the summer the city hosts a large number of events. Discover the city by bicycle and go for a coffee in Hotel New York, the former headquarters of the Holland America Line.

Vannes is a medieval French town with a distinctly Breton character. The well-preserved old city centre boasts many small pedestrian streets and colorful buildings, so go ahead and explore! Its sheltered location in the Golfe du Morbihan makes Vannes a populair sailing destination, and the surrounding countryside offers beautiful scenery – a perfect setting for a hike! In the summer Vannes organizes a Jazz festival and a historic festival, so you might be in luck when you arrive… 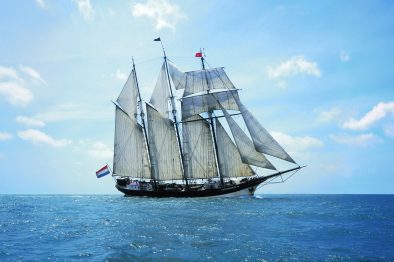