Step on board the majestic Tall Ship Alexander von Humboldt II in Scheveningen (also known as the beach of the Hague). Set the course for Germany and sail the North Sea to the Ship’s homeport in Bremerhaven. Enjoy this 5-day sailing voyage in late May whether you’re an experienced sailor who wants to take a short break or a newbie who’d like to see if Sail Training is for you. Official language on board is German. In addition extra, per person € 50, – for harbor fees, pilotage and canal fees calculated. Surcharge for 2-bed cabin 25% p.p. For all Windseekers, minimum age 18 years..

Scheveningen is a popular sea resort in the Netherlands, a stone’s throw away from the seat of government in The Hague. It has a busy marina and a lively (somewhat kitschy) promenade – great for an afternoon of sightseeing. You’ll also find plenty to do nearby. Go for a walk in the dune landscape or take a tour around the Palace of Peace. Visit Madurodam to see the Netherlands rebuilt in miniature, check out the city centre of The Hague, or explore the beach and perhaps even go kitesurfing.

Bremerhaven is one of the most important German ports, playing a crucial role in Germany’s trade. The town was founded in 1827, but settlements in the vicinity were settled as early as the 12th century. The main attractions for tourists are found at the Havenwelten and include the German Emigration Center and the German Maritime Museum, featuring the Hansekogge, a vintage cog dating from 1380, excavated in Bremen in 1962, and the historical harbour with a number of museum ships. 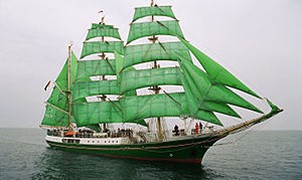