In September the Bark Europa start the special voyage commemorating the 400th year anniversary of the discovery of Cape Horn. This will be the third part of this special voyage where the first leg started in the Dutch city of Hoorn, birth town and sponsor of Cornelis Schouten, the discoverer of the Cape horn on 29th January 1616. Traditional vessels will bring the Bark Europa to the Texelse Reede, where from the 15th to the 19th century ships were awaiting the right weather conditions to start their voyage on the traditional trade routes. Bark EUROPA awaits us for an adventure exploring the oceans, via Lisbon, Tenerife, Cabo Verde, Salvador and Cape Horn to Punta Arenas. When possible the ship will make a a full Cape Horn rounding in the best maritime tradition, under sail only sails. You can join the third leg of the 400th year anniversary! Open to all ages, minimum age 15 years.

Tenerife is the largest of the Canary Islands, and a popular tourist destination. One of the largest Carnival festivals is hosted here, and for tourists there is a lot to see and do. But the island is large enough to escape mass tourism, so let its natural beauty seduce you to a hike or a drive around the island. You’ll find mountains to climb, cliffs overlooking bays, and ravines. The ‘Island of eternal spring’ is just what you need if you arrive fresh from your Journey!

Salvador da Bahia in Brazil used to be the colonial capital, and is one of the oldest cities in the Americas. Today it is a lively place with 3.5 million inhabitants, and noted for its cuisine, music, and architecture. Around Salvador you can go swimming, sailing, diving, surfing, and underwater fishing in the bays and inlets. But don’t forget to visit both the High City and the Low City, as they offer shopping, parks, and entertainment for locals and seafaring visitors alike. 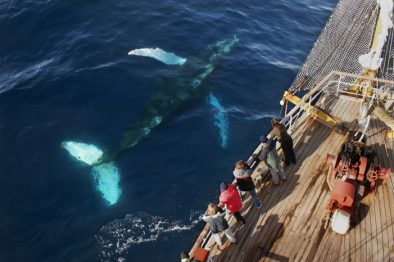