A great Mile Makerjourney for any Windseeker who’s serious about getting ocean experience! You’ll will leave an autumnal Rotterdam to head for a sunnier destination: Cape Verde. This long voyage offers you the opportunity to experience the true life of a sailor. You’ll sail across the Bay of Biscay and down the Atlantic Ocean, with a stop on the Canary Islands. Temperatures will gradually increase as you sail farther south. While on board you’ll be part of the crew, enrolled in the watches. This Journey is for people who like to experience true life at sea, as ports of call are few and far between. After nearly a month at sea you’ll know the ship like the back of your hand! Open to Windseekers of all ages, minimum age 15 years

Rotterdam is the largest port of Europe, and a modern, bustling town. Much of the historic city centre was destroyed during World War II, but extensive rebuilding resulted in a modern, multicultural city with many architectural highlights. Rotterdam has excellent cultural facilities and a diverse nightlife, and during the summer the city hosts a large number of events. Discover the city by bicycle and go for a coffee in Hotel New York, the former headquarters of the Holland America Line.

Sal is one of the three sandy eastern islands of the Cape Verde archipelago, together with Boa Vista and Maio. The island is a dream destination for windsurfing enthusiasts, due to its sandy beaches and persistent winds. Tourism is on the rise in Cape Verde, but outside of the beach resort of Santa Maria the island retains its relaxed feel. Explore the quiet streets with their brightly colored houses, the blue eye cave, and the saline flats. The sun shines 350 days a year, so bring sunscreen! 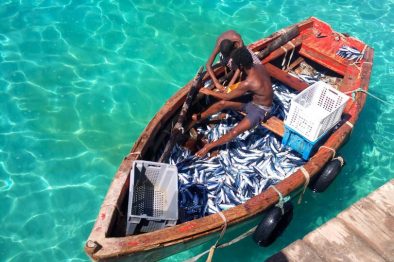 You sail on the Morgenster

Stop and Stare. This is what Marian and Harry Muter – the owners – had in mind, when people would look upon the Morgenster. And they succeeded. As a result of their refit, the Morgenster is a stunning and elegant …