Milemaker with Oosterschelde! Cross the Atlantic Ocean from Bermuda to the beautiful Azores and end up in St. Peters sailorscafe in Horta. Open for all ages, minimum age 15 years.

Saint George (often called St. George's, a confusion with the parish it is in) is the second town and former capital of Bermuda. Founded in 1612, the town still keeps its historic colonial centre (a UNESCO World Heritage site) - stroll around King's square and feel what the Caribbean was like under the British Empire. Choose to tour heritage buildings or the oldest remaining fortifications in the New World, built to protect the city from attacks by pirates and Spaniards.

Horta is situated in the western part of the Archipelago of the Azores on the island of Faial. The marina is a primary stop for yachts crossing the Atlantic. Its walls and walkways are covered in paintings created by the crews of visiting ships. Peter's Cafe Sport, located across from the marina, houses the island's scrimshaw museum. A collection of artefacts carved from whale tooth and jawbone. This café is a point of reference for trans-Atlantic yachtsmen and sailors. 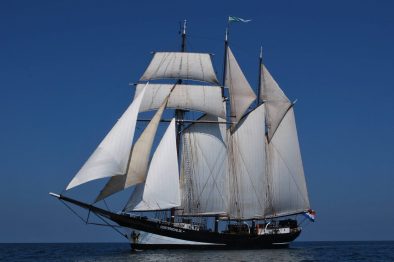