Places at request – Rendez-Vous 2017 Tall Ships Regatta – Race 3. Join the Picton Castle in Bermuda on the 2th June, ready to set sail for Boston on the 5th June. The Ship races north, joining the port festival in Boston on the 17th June. You will have a day to visit this wonderful city before disembarking on the 18th of June. Open for all Windseekers, minimum age 18 years.

Boston is the capital of the Massachusetts state, well-known for its excellent universities: Harvard and Massachusetts Institute of Technology. But there is more to Boston than education! Visit the Fenway Park sports complex or one of the many museums in town. The beautiful waterfront invites for a stroll and, once you're there, don't miss visiting the Tea Party Ship replica. 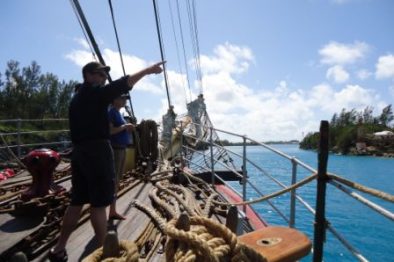 You sail on the Picton Castle