Down the coast of South America and into the Strait of Magellan – combination voyage. This journey of almost a month will take you from the capital of Urugay, down the coast of Argentina, towards the remote Falkland Islands. Spend the time visiting the archipelago which most tourists never reach. Then embark on another adventure: crossing the Strait of Magellan which separates the mainland South America from Terra del Fuego. This will lead you to the Chilean port of Punta Arenas, the starting place of many Antarctica expeditions. The price excludes landing fee in the Falklands (approx. GBP 10-25 per person per landing, to be paid on board). Open to Windseekers of 15 years and older. Limited places in 2-person cabins available.

Montevideo is the capital of Uruguay, situated on the north shore of Río de la Plata, the arm of the Atlantic Ocean that separates Uruguay from Argentina; with Buenos Aires on the other side. Visit the Ciudad Vieja with the city's oldest buildings, several museums, art galleries and the Mercado del Puerto. Walk over the Rambla, a coastal avenue. Go to Fortaleza del Cerro for a view over the bay. Walk through the botanical gardens of parque Prado. Enjoy the beach (13 km) or Uruguayan tango.

Punta Arenas, a regional capital in Chile, is located on the Brunswick peninsula north of the Strait of Magellan. The city is often a base for Antarctic expeditions. Originally established as a penal colony in the 19th century, Punta Arenas has developed into a major logistic centre. The surrounding nature is inhospitable, but the locals more than make up for it. Punta Arenas offers sharp contrasts, between affluence and poverty, between historic and modern. An interesting place to visit! 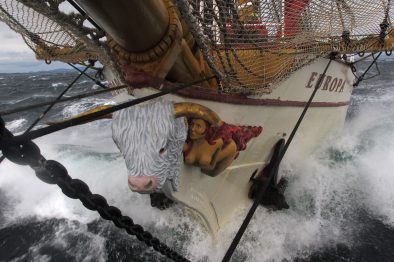