Combination voyage: delivery to Cape Verde. Board the Oosterschelde in Rotterdam for the epic journey south! Sail along the English Channel, across the Bay of Biscay and down the coast of Portugal before setting course for the Atlantic and finally reaching the Canary Islands. The second leg of this journey will take you further south towards Sal in Cape Verde. Learn to sail a 100-year old Tall Ship, disconnect from the internet, spend cozy evenings with a book in a comfortable saloon and long nights looking at the stars without the light pollution. Open for all ages, minimum age 15 years.

Rotterdam is the largest port of Europe, and a modern, bustling town. Much of the historic city centre was destroyed during World War II, but extensive rebuilding resulted in a modern, multicultural city with many architectural highlights. Rotterdam has excellent cultural facilities and a diverse nightlife; during the summer the city hosts a large number of events. Discover the city by bicycle and go for a coffee in Hotel New York, the former headquarters of the Holland America Line.

Sal is one of the three sandy eastern islands of the Cape Verde archipelago, together with Boa Vista and Maio. The island is a dream destination for windsurfing enthusiasts, due to its sandy beaches and persistent winds. Tourism is on the rise in Cape Verde, but outside of the beach resort of Santa Maria the island retains its relaxed feel. Explore the quiet streets with their brightly colored houses, the blue eye cave, and the saline flats. The sun shines 350 days a year, so bring sunscreen! 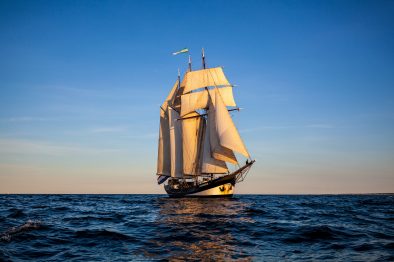